Here is a little write-up from Brian Woodcock in the UK. 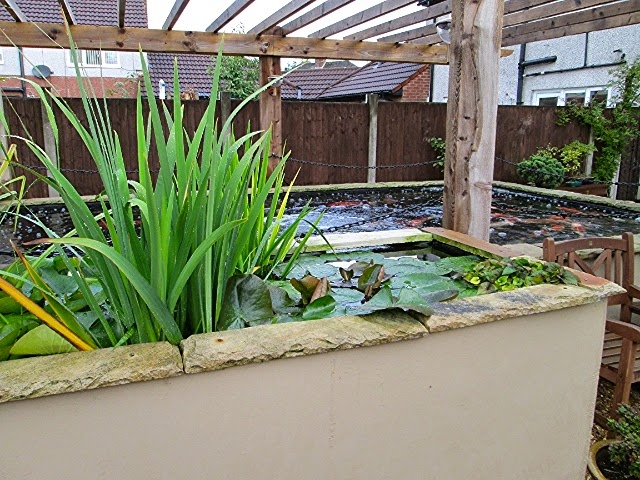 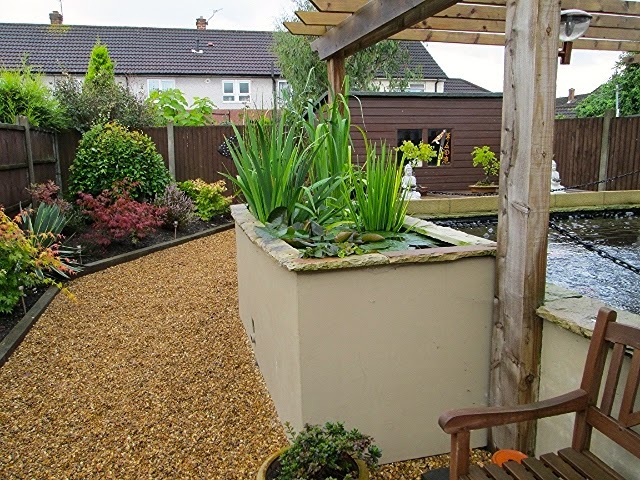 It is a shame so many here in the good old US of A are so dissident about anything they don’t understand or refuse to understand. I know that the AFS is not for everyone and it may not be the filtration system that does everything for everybody, but then again what filter does. Let face facts, if there were a perfect filter out there then everyone would be using it without question, but there isn’t!

The menagerie of filtration systems is a plethora of confusion to the novice pond owner that it’s laterally mind-boggling when you think about it.  Each one has their crosshair on you to get their product into your hands. Beautiful color ads and hobbyist barkers that already use their goods selling you the idea of everlasting nirvana. However, in the long run the money never stops and the problems never really guest go away for very long, do they? Then the next volley of goods to be sold to you is thrown at you, like baseballs in a batting cage.

In fact, this year I saw this happen to hobbyists that where convinced that they would be better off with an expensive bead filter that they had to house it in a new shed, with a UV filter that looked like it was on steroids, like something from the movie Forbidden Planet.  Yet their pond was still green and Koi were still small and sparingly feed in fear of making their pond even greener. The guy that sold them all the equipment could care less if they succeeded or not, because he’s made his money.

Then they were told that the pump they had was no good and they would have to buy a better one, by some other hobbyist visiting.  But the one thing I notice was that they were actually proud of all the equipment they had now and were more than happy to show it off.

Yes, that exactly what I want in my backyard is a shed full pond filters and equipment and still have a turbid pond.

Now a word from Brian:

As for water quality ...Ammonia has been zero all year, had a little stubborn nitrite (0.20) for a few weeks, which annoyed me, and I never found the cause probably over feeding. Nitrate has been 30-ppm as I’m trickling 6-700 gallon of 20-ppm source water a week and still have my bead filter, which will be producing nitrates.

As for feeding, my fish get 400g over 6 feeding apart for some low nitrites early on in the year. Nothing seems to have phased my AFS filter, (31 fish some to 75 cm = 29" US) all in all a good year with good growth this year as with last year my fish have been parasite and problem free so no chemicals added.

Thanks for looking Brian

Posted by Unknown at 6:24 PM No comments: Links to this post

The Anoxic Filtration Story As told by: Manky Sanke in the UK.

The Anoxic Filtration Story
As told by: Manky Sanke

NOTE:
This is a reprint from a UK Koi forum, from a member called Manky.

Kevin Novak, a limnologist (a researcher in freshwater science), designed and developed the idea amidst a lot of ill informed criticism over about twenty years (1). The criticism that it was nothing but a bog filter came from those who, when asked a direct question, admitted they had never read Kevin's CD book and therefore didn't understand how it worked but were opposed to it anyway.

In 2009 Koi magazine asked me to write an article on nitrate reduction. I was aware of anoxic filtration but hadn't read much about how it worked so I contacted Kevin and asked if I could buy a copy of his CD. At that time Kevin was posting copies FOC (free of charge) to anyone anywhere in the world so he refused my offer of payment and sent me a copy FOC. He wouldn't even accept reimbursement of the Trans-Atlantic postage

I spent a few weeks reading and understanding all about the dimorphic metabolism of facultative anaerobic chemo-litho-autotrophic bacteria (love that expression) and was able to include, in my article, the first brief description of the system (that I'm aware of) in a UK magazine. It's now on my website here:
Reducing Nitrate

In appreciation of how Kevin had helped and because I was impressed by the beautiful simplicity of the idea (even if the science is mind numbing) I offered to put Kevin's book on my website. That allowed him to just email a link to my site rather than having to pay for the CDs, copy the book onto them and then posts them to anywhere. My site gets a lot of visitors and so Kevin's idea came too much wider attention.

Then the Editor at Koi Carp saw the book and the article and she asked me to write a comprehensive two-part article, specifically on anoxic filtration. I used that platform to write the simplest description possible about how it worked while challenging the mistaken criticism that it was a nasty anaerobic bog filter.
Anoxic Filtration Part 1
Anoxic Filtration Part 2

That then attracted a lot of interest and questions to me, nearly all of which I could answer because my career had made it possible for me understand the science behind the system. In the early days I had to forward a few questions to Kevin but he copied me in to the replies which filled in any holes in my understanding. I also followed everything that he put into forums. I soon took on, on his behalf, answering forum posts that my original magazine articles had provoked plus the growing interest in the system. Since then more hobbyists are trying it and consequently there's a lot of chatter about it on forum threads such as this one.

That brings the story up to date (nearly).

Since being asked to become an instructor for Koi Organization International, they also asked me to write a short eBook about anoxic filtration for them. As soon as that's finished, it will be on their website and I'll also put it on mine. (Yeah, yeah, yeah, I know I keep promising that it'll be finished soon but I'm very busy with a sudden influx of new students who must take priority over finishing the book but I promise, it's nearly complete). When it is complete, it'll go on my site here.
Anoxic Filtration.

PS. I've just re-read this and, in case it comes across that I think I've single handedly provoked all the interest in Kevin's system, I don't want to claim all the credit.

I was the first person in the UK to write magazine articles about and I certainly was the first person to put Kevin's CD on a website. I also spent a lot of time in those days answering questions about it on forums but Kevin and a few others in the US have been promoting it and it became quite popular in Australia. Kevin has put a massive amount on the Internet and now on his blog. He also has a free download of his CD on iTunes.

I'm probably guilty of starting the ball rolling in the UK and putting the book on my website helped raise the anoxic profile and get it onto Google but, since then, posts appear about it on a great many forums and there have been more and more hobbyists who have tried it and added their experiences onto forums threads such as this.
__________________

Posted by Unknown at 5:10 PM No comments: Links to this post