Just thought that I would update you on the progress of the pond and send you some pictures.

Just thought that I would update you on the progress of the pond and send you some pictures. All fish are extremely healthy and well and all survived the winter. Last year I said that I had been a bit disappointed with plant growth and you said that the plants would have to relearn how to absorb nutrients again from the water as opposed to compost. Well they have and the pictures are testament to that. We have had an explosion of plant growth.

Not sure if you remember that I was unable to get Laterite last year so used the JBL AquaBasis plus. I don't think it was up to the job, as the plants were looking very sickly spindly and yellow when they started growing in spring this year. I added a couple of treatments of Velda Ferro plus and the plants burst into health. I have not added any other supplements this year.

I did get some blanket weed in the anoxic pond and the main pond at the start of the year but when the iron kicked the plant growth off, this has gone. Next year I will add some iron earlier.

I did not do a winter or spring clean out as the pond was new last year and it didn't need it. I just cut off all vegetation and left the pump recirculating through the main pond, but this winter I am going to leave it running through the anoxic pond but just bypassing the black box pre-filter.

I currently have about 30 x 5 inch fish and all seems well with nitrite and nitrate at 0. This year has also seen "wildlife" in the pond. We had a visit from a very large frog, a dragonfly, and we have pond skaters, snails, and things resembling wood lice, centipedes and a minute see through prawn. We must have also had a spawning at some point because we spotted one tiny 10mm fish.

So all in all we are thrilled. 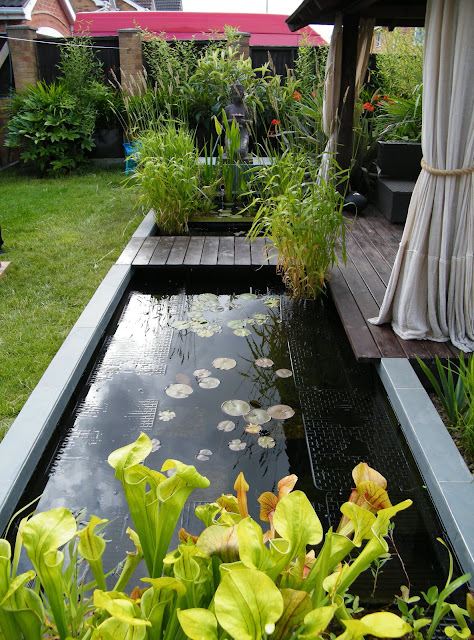 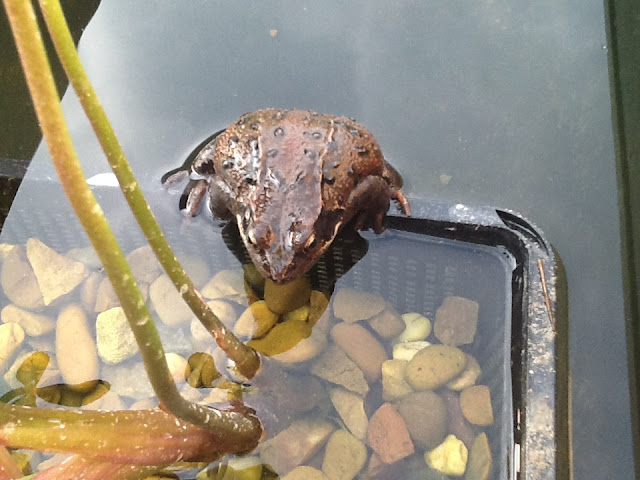 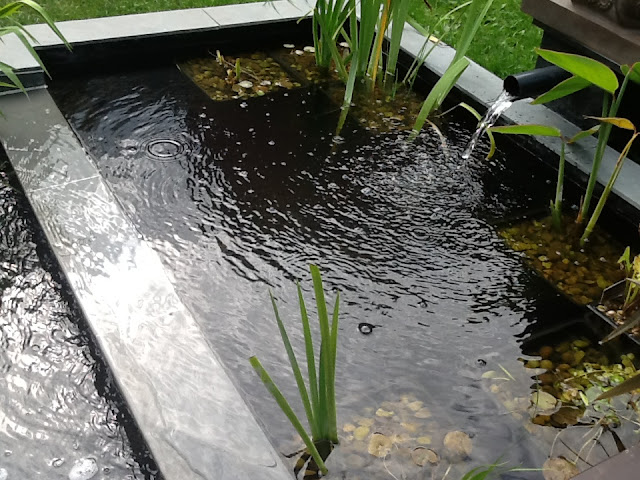 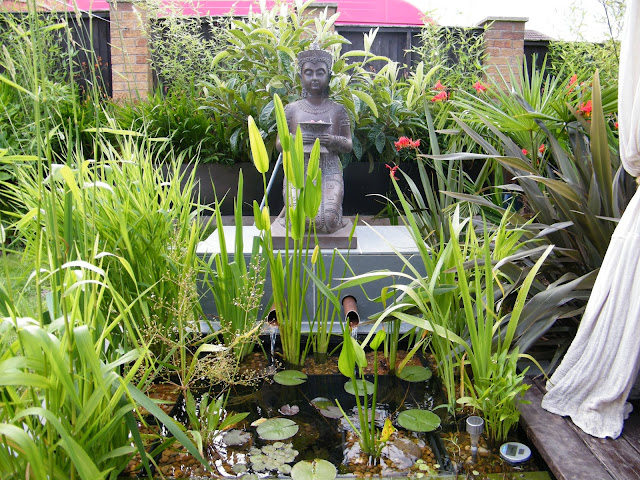 Rachel, Nottingham U.K
Posted by Unknown at 5:18 PM No comments: Links to this post

David Collins, the one that wrote this little article is from France. He has been writing about the Anoxic Filtration system for many years now on Koi Forums to let everybody know just how good the Anoxic Filtration System really is. How big are his fish you may ask: 25-32"(63- 76 centimeters) long. Not only that but his pond is very overcrowded, too.

I converted my 45,000lts (11887.75 US gallons) Koi pond to an Anoxic filter on 6th June 2011 and have had no problems. I have only cleaned it twice, the first time after 556 days because there was mulm on top of the baskets and the last time was 4th October 2013 to start with a clean filter when I fitted a rotating drum cleaner.

And so onto today.

I decided that as some of the Koi were looking a bit full of eggs, I’d encourage them to release them - so popped the brushes in. Woke up the next morning to what can only be described as a hell of a mess. Fortunately after 4 or 5 hours of egg laying there followed 8 hours of egg eating. This pattern continued for 6 days. On the positive side it meant no food for 6 days but left my good water trashed……..

Conclusion? The Anoxic filter system is without a doubt the best filter in the world. Everybody should have one.﻿

The photo will give you some idea on just how murky the pond water will become after a spawning. Photo taken from internet archives. 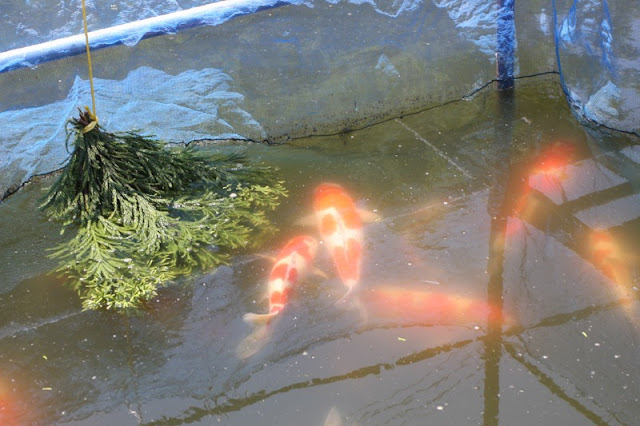 Posted by Unknown at 5:12 PM No comments: Links to this post